Here it is! Our top picks for 2014′s best MMORPGs, We’ve had lots of experience delving into the world of mmos and these ten games are what we feel will bring the best experience to their players in the coming years. Though they aren’t necessarily in any particular order we saved some of our favorites for last. Please let us know what you think in the comments bellow!

non grindy kung fu goodness. In Wushu the sky is the limit for how you want to build out your wushu master with everything from rare and exotic martial arts styles to a player run economy. Basically all the stuff you’ve been asking for.. forever.

Though this game has been out for some time now I still think it has yet to hit its stride. With the release of the Legends of Mount Hua the games rough edges have been polished to a glossy sheen. Many of the complaints beta players had have been wiped clean with half a hundred game improving additions. 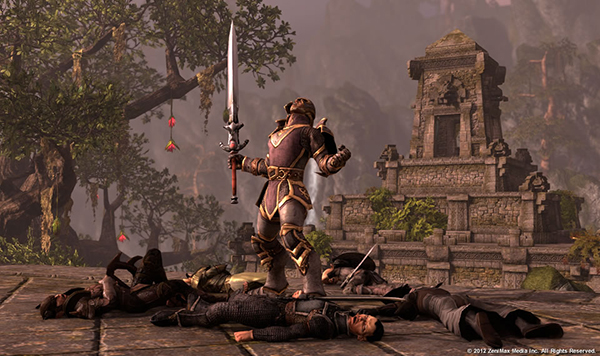 mega server all players are on at the same time. This means no more jumping servers to play with your friends. This new smart system will automatically put you in the same game space as all your pals and guildmates! The game is set up to support hundreds of players on the screen at one time, that means massive battles and raid objectives the likes of which the MMO world has never seen.

The class system is extremely flexible; your character can use any item and armor combination you wish. That means you can be a tanky archer or a sword wielding mage, even a stealthy healer. Flexibility is good!

For those of you that enjoy questing you’ll be in for a refreshing system in ESOL. Questing is based off exploration. You’ll be able to explore new areas 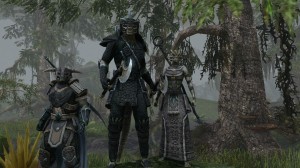 and uncover quests in real time. And after you complete those quests, your choices will have a lasting impact on the world.

Whether you’re an Elder Scrolls fan or an MMO fan you should keep a watchful eye on this release as it is sure to continue to evolve favorably. 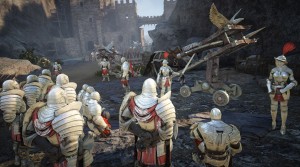 mmo market BlackDesert takes a huge leap away from the cartoony and stylized graphics we have been seeing in games for the last couple of years and dives headlong into a rich realistic design. Granted there are still some fantastic elements but as far as character design and landscape goes this game is quite lifelike.

Not much is known about the game as of yet but it appears to use action combat, which is good and bad. On one hand it’s the popular method of MMO 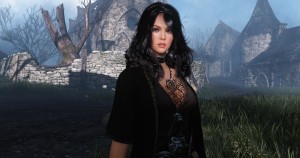 combat as of late but as we’ve seen from other recent releases it can be rather shallow; we will have to see. Another potential issue with this release is that classes’ looks may be preset and gender locked not a big deal for some but a deal breaker for others; people love customization and to deprive them of that may spell trouble. On the flip side of that issue the characters shown in the official trailer are absolutely gorgeous. Whether or not there will be a player run economy or housing is still up in the air.

ArcheAge – Oh ArcheAge, If there ever was a game that could suck our social life away like in the old Everquest days this would be the one. If we listed all 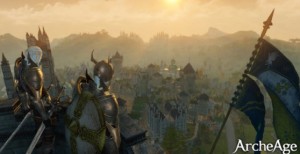 the features of this title you would be collecting social security before you finished reading. So I’ll just mention some of our favorite features and once you find the holy grail you can read up on the rest.

First off, this game is BEAUTIFUL! The perfect mix between fantasy and realism, the landscape and characters are remarkable. It’s the sort of game that you could spend your first two hours just staring over the water, mouth agape like the OMG Cat, wondering why you would ever want to go outside again. It’s that pretty. The major selling point of the game would have to be its attention to detail; there 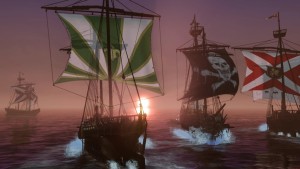 is something for everyone. If you wish to live your days building ships and pillaging the coasts, go right ahead. If you’d rather farm, raise animals and plant trees, go right ahead. If you want to murder travelers and live out your days in jail, well you can do that too. ArcheAge is the Sandbox game that all of us brokenhearted SWG players have been hoping for. Not only that but it has just enough theme park features to keep the new wave of gamers happy too. Just a warning, before you play this make sure you have plenty of food and water nearby because you will be living at your computer now. 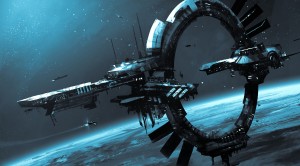 Citizen the smashing Kickstarter success is now fully underway in its development. For those of you that love the idea of a spaceship MMO but don’t like the massive learning curve that EVE Online boasts will be in for a a nice change of pace. 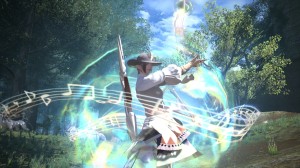 Final Fantasy XIV, and this is a very good thing! FFXIV has been rebuilt from the ground up by an entirely new development team that has redesigned, re-skinned, and re-imagined the whole world of Eorzea. With the bad launch of FFXIV, Square Enix s nearly perfect batting average was tarnished in a big way. So you can bet that Final Fantasy XIV A Realm Reborn is going to be one monster of a game! And the best part is, if you bought the original version of FFXIV you get to play A Realm Reborn free.

EVE Online – The Majesty! The Glory! The Learning Curve! Eve Online has 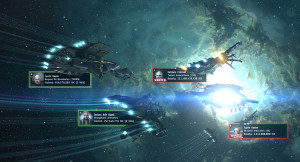 been around since 2003 and is one of the few games that have maintained a continuous healthy population all that time; in fact the population is growing! Granted the team at CCP has taken some serious leaps in acquiring and not scaring off new players; in the old days you needed to be a mathematician in order to get a grip on this unforgiving space age monster.

One of my favorite features of EVE is the skill learning process, there is zero grinding involved once you acquire a skill you can learn. Now granted there is grinding involved when it comes to making money to afford those skills but that can also be bypassed by purchasing PLEX from their website and trading it to players. But be warned, even that shiny PLEX you bought can be looted off your cold dead body if you have it on you in a bad part of space.

That brings me to another point, EVE online is serious business! (as far as games are concerned.) If you are easily prone to raging or get attached to 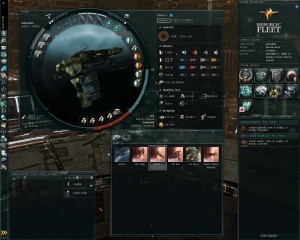 shiny items this wont be the game for you. Absolutely everything in this game can be stolen or blown up including your training skills if you aren’t careful. One of the drawbacks of this game is the lack of off ship content. Besides walking around in your station you are your ships. CCP recently released DUST 514, a sci-fi shooter that is linked to the EVE online world though planetary battles, unfortunately you need a PS3 to play it. From what CCP has shown us over the past decade is that they know how to make a great game, and I have total faith that EVE and DUST will continue to evolve and attract the most hardcore of players out there.

Everquest Next – Every rendition of Everquest to be released in the past decade and a half has been a fairly large leap away from its predecessor. That may be good or bad depending on who you talk to, never the less SOE’s EQ franchise has always drawn in a huge crowd. Everquest next looks like it will be no exception. 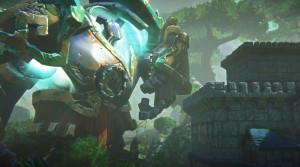 Everquest Next boasts of their “Holy Grails” in MMO gaming, which are: totally destructible environments, powerful learning AI, multi class system to name a few. Though some of these aren’t anything new EQN promises to be a shining example of these mechanics.

One of the few reasons this game didn’t rank higher on our list is the Disney style character graphics; many EQ fans were turned off by this, myself included. And the so called randomly generated content, in an MMO this is the sort of thing that can get stagnant. We will just have to see what the guys at SOE have in store, so the jury is out until we get a look at the beta.

World of Darkness – The brains behind EVE Online and DUST 514 bring you their next sandbox masterpiece “World of Darkness”. WOD is based in the lush role playing landscape of “Vampire the Masquerade” an IP that has been 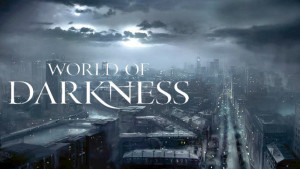 around for over twenty years with thousands of loyal fans. Unlike EVE Online, CCP plans to make World of Darkness a much more social game with a detailed story line and history. The barrier for entry will be far lower as well, in comparison to their other titles. The game has great focus on fashion, character development and conquest.

World of Darkness will have far more theme park elements than anything previously released by CCP. So don’t expect a WOW clone experience. There will be serious hardcore mechanic where your actions will have consequences and dying in game actually means something! 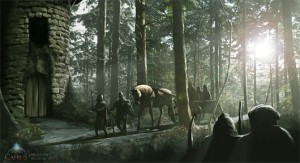 The game world it self is said to be so big it will take you a very very VERY long time to travel from one end to the other. Traveling is no light matter either, you will likely be run down by a myriad of different creatures or a murderous player. Oh and did we mention, they get to keep all your stuff when you croak?

Embers of Caerus is in the process of releasing their first “beta test island” which means the game is probably still pretty far out from being released. But I wanted to put it up on this list in the hopes we may see a closed beta this coming year.